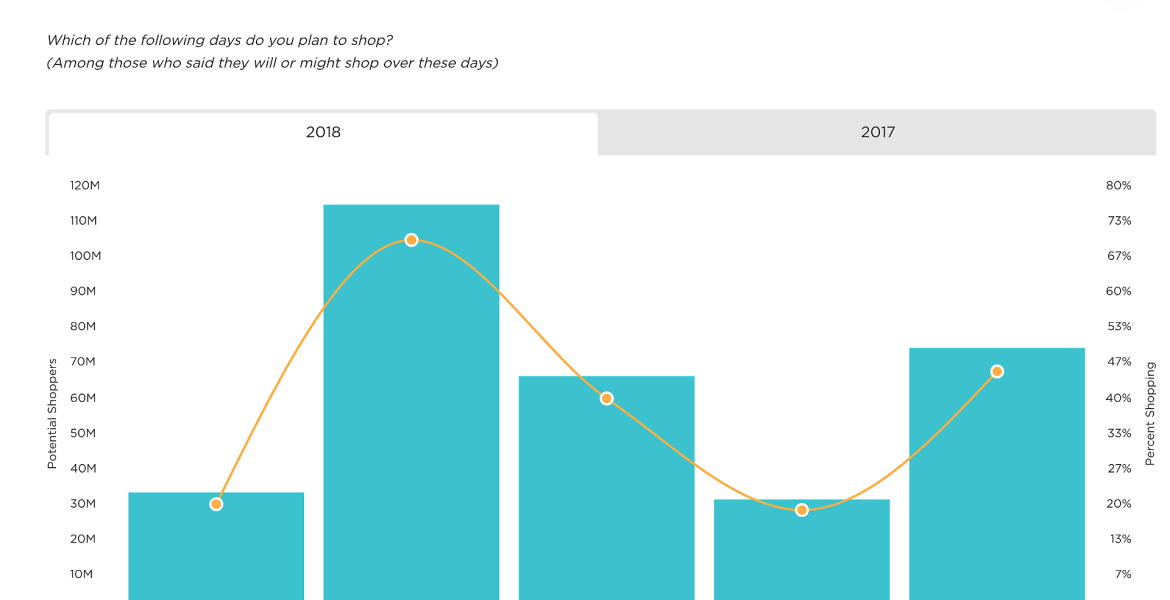 Black Friday – has it become a global “thing”?

The US will soon celebrate Thanksgiving, which always falls on the 4th Thursday of November. This year (2018) that is on Thursday November 22nd.

Black Friday has traditionally taken place on the Friday after Thanksgiving each year – falling anywhere between November 23 to 29 – a term we believe everyone outside the US has heard about.

The holiday originated in 1924, with the term “black” being  coined (see this page)  from old school bookkeepers who used black ink to indicate a profit in their accounting records, as opposed to red ink to indicate a loss in profit.  Supposedly, this day marked the first day “of turning a profit”, as consumers took to shopping for their Christmas gifts as soon as the Thanksgiving holiday was over.

Retailers quickly realized they could capitalize on the consumers’ eagerness to get their Christmas and holiday shopping done as early as possible, and the “Black Friday event” has now expanded to more than just one single day, Many retailers have begun their holiday sales and promotions well before Thanksgiving Day and, with the rise of online shopping, have added “Cyber Monday” to the shopping frenzy..

In recent years, this “retail phenomenon” has expanded to other countries around the world. Canada, Scandinavia, the UK, France, Germany, Spain, Australia, Brazil, Chile, China and Singapore all have some form of this event in November.

In celebration of this global adoption of this retail extravaganza, here are some fun facts about this holiday and how it has impacted other countries during the holiday shopping season.

Black Friday used to be an exclusive “in-store” shopping event, with crowds of shoppers clogging the malls and shopping centers. Today, Online and mobile shopping year round and on Black Friday will continue to grow in popularity and out-pace in-store shopping, due to its profitable perks for retailers and pure convenience for consumers.

Why don’t you contact Wave 2 to find out more about your global advertising campaigns?

Or simply click here and set up a demo.