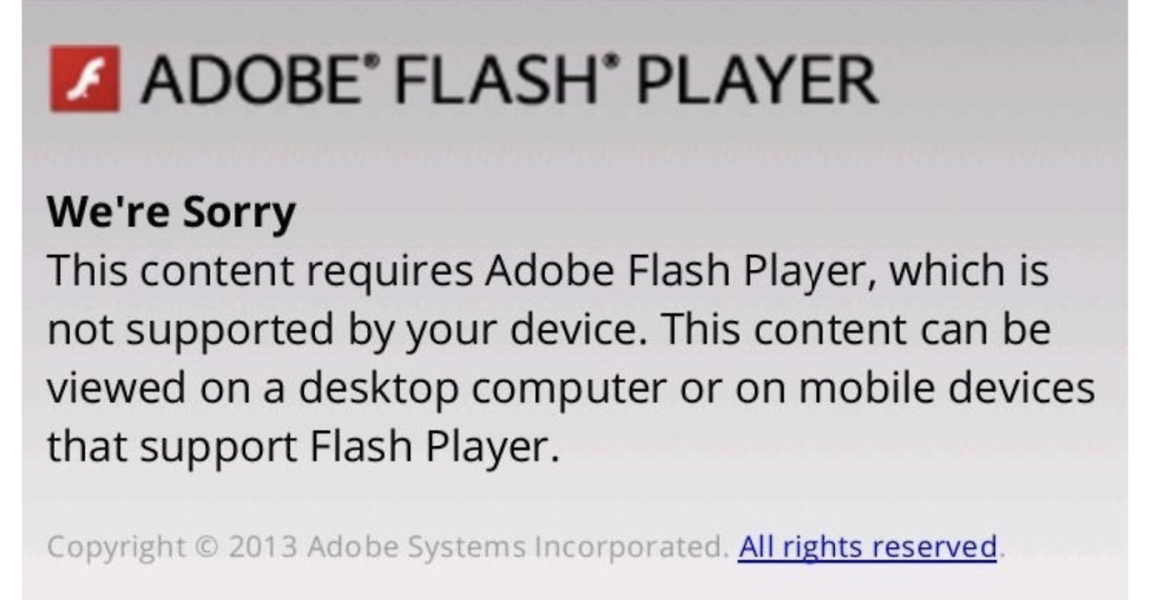 It’s time to transition to HTML5

Adobe’s Flash is dead. It has been on the decline for several years now but some recent events have really driven the final nails that coffin.

It was probably Steve Jobs and Apple that started this when the iPhone (and later the iPad) were released without support for Flash. Not just a lack of support . . Flash simply did not work!

You may ask why? The biggest concern against Flash is that it is insecure. So much so that, one-by-one, Flash support was dropped by all the major browsers such as Safari, Firefox and, finally in December 2016, by Google’s Chrome.

Considering that Google makes its money from advertising, the concern for Flash must be considerable. Undoubtedly, the concern stems from the ability of injecting malicious code into a user’s computer simply by viewing an image that was displayed using Flash. Anything that might cause users not to view or click these images, inherently threatens ad revenue. And that is a bad thing.

The winner, of course, is HTML5, which has become the new default in all browsers. Note however, that there are still websites out there that ONLY support Flash and these are exempted by Google . . for now. Google gives those sites one year to move on. These sites include: Youtube.com, Facebook.com, Yahoo.com, Amazon.com, VK.com, Live.com, Yandex.ru, OK.ru, Twitch,tv and Mail.ru. Which are the top ten sites in the world.

A second recent event that really cliches Flash’s demise, it the release by the IAB of a set of guidelines to transition Video Ads from Flash to HTML5.

Unlike Google, which has provided a 12 month grace period to sites, the IAB is suggesting a transition period of just 6 months. That’s right. By Mid 2017, websites must complete their transition to HTML5 or lose ad revenue! After June 2017, fewer and fewer sites will support Flash and by the end of 2017, all modern browsers will cease to display Flash-based ads!

Thankfully, Wave 2 customers are well positioned for this ass all ads created with Easybuild are already HTML5-based. Creative departments that DO NOT use Easybuild might be in for some challenges, especially if their expertise lies in building Flash advertisements.

If you’d like to know more about Easybuild and our self-service advertising solutions, please contact Tom Hodges on + 44 1296 642 880 or email thodges@wav2.com.  He’d be delighted to hear from you!

Transitioning Video Ads from Flash to HTLM5 (and a checklist for Publishers and Ad Agencies) is available for download at https://iabtechlab.com/html5videotransition/